WHAT IS A ‘REFINITIV’? THOMSON REUTERS REBRAND BRAIN EXPLOSION 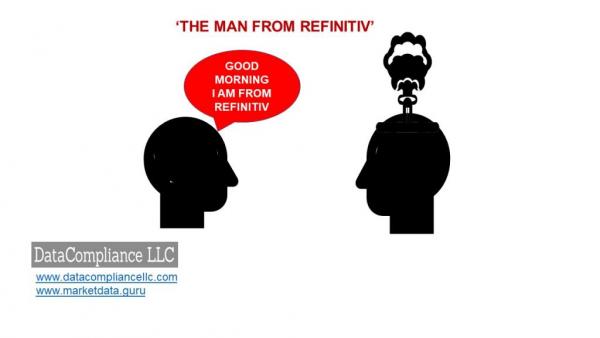 Thomson Reuters and Blackstone last week grandly announced the new name and re-branding of the Thomson Reuters F&R business. According to the TR press release:

“The new name, Refinitiv, was created based on feedback from customers and industry influencers on the intrinsic value of the Financial & Risk business to the industry. It is a name that aims to blend definitive action in financial markets and a bold focus on the future with a 160-year legacy of excellence as a pioneer in financial technology.”

I can only conclude the sample used for feedback was quite an esoteric section of the marketplace.

There are many ways to name a company with the 4 common ones appearing to be:

Why does anyone want to throw away brands that not only have value but are globally recognisable inside and outside their market space? I would argue Reuters has the greater cachet, but Thomson Financial has a long history as well.

In 2017 Fortune Magazine made a list of the 7 worst ever corporate re-namings (http://fortune.com/2017/01/10/yahoo-altbaba-worst-corporate-renamings). If they re-wrote the article today we might just have a new winner. While the article is US-centric, missing out wonders like ‘Royal Mail’ to ‘Consignia’, there are some real, well classics.

What I don’t understand is that someone got paid some serious money for this, and that far more money will be spent on the practicalities of re-branding, and after that even more money if the re-branding fails. I can see business meetings being spent not discussing business but the etymology of the word ‘Refinitiv’.

Personally, I have written and believe that Blackstone will bring structure and strategy to the Thomson Reuters F&R business, after the start that is ‘Refinitiv’ it can only get better.